"Bajgle" or “Bratislavske rozky”, a former symbol of the glory of our city, are currently experiencing a renaissance.

Their story is so exciting that have we decided to project them into our logo and offer it daily to all history and sweet temptation enthusiasts.

Historical documents say that in 1785, for the first time, the baker Scheuermann displayed a specialty called Pressburg bajgle in his bakery in Hviezdoslavovo Square. Rolls filled with poppy seed and walnuts were immediately sold out and not much later they became well known in Both Vienna and Budapest. The recipe for their production was said to have been revealed just before his death, and thanks to the successor of the Augustín Schwappach dynasty, Bratislavsky rozok became the first protected food product in the territory of present Slovakia. In the newer era, at the turn of the 19th and 20th centuries, Gustáv Wendler, he owner of bakeries on Štefániková and Dunajská street, German born in Bratislava, also supplied the baigle to the royal court in Vienna. After World War II, he managed to avoid to be expelled as a German, but after seizure and demolition of his bakery, he committed suicide in poverty.

The roll with poppy seed filling has the shape of a horseshoe and the one with a walnut filling the shape of the letter "C". The surface of the rolls must be shiny and marbled. Bratislava roll must be produced without artificial ingredients and by hand. It should remain fresh even a few days.

This product with an ancient formula belongs to gastronomic jewels and the rumours about it have made its way all the way to America.

In BEIGLI Hotel & Garden we offer you daily not only the history, but also a unique taste of "beigli", a former symbol of the glory of our city.

Not only the history, but also the unique taste of the former symbol of Bratislava. 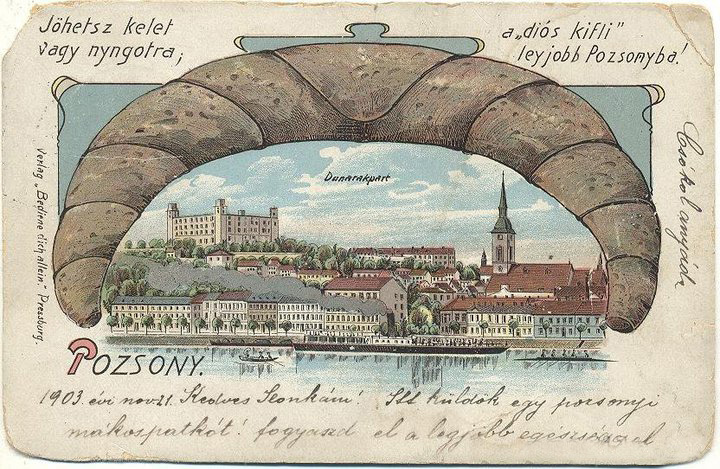 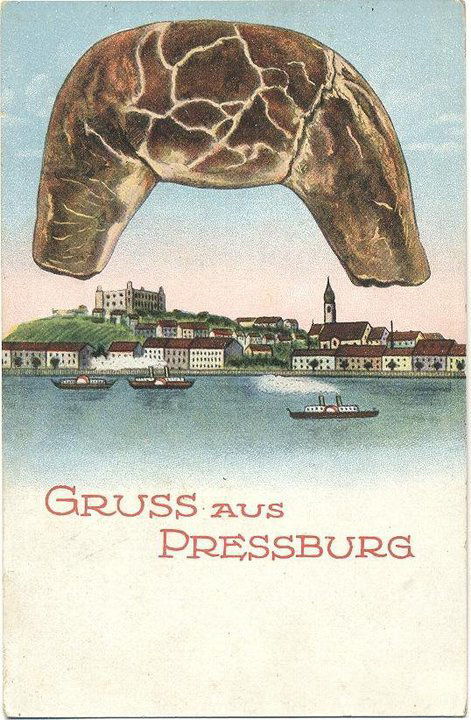